The City of Arlington, TX and Via MOD P3 RFP and Contract Process 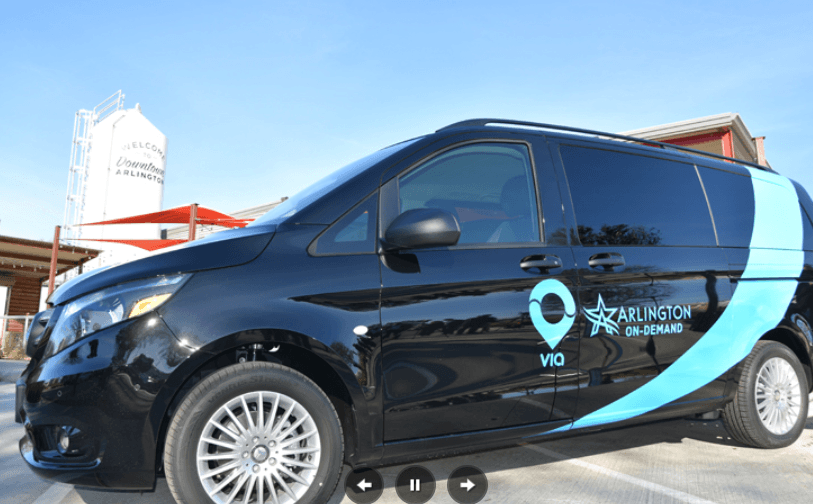 The city of Arlington, Texas issued a Request for Proposals (RFP) on August 2, 2017 for qualified mobility service and technology providers to assist with and develop a demand responsive rideshare service pilot project.  Proposals were due on August 31 and were then followed by a short list of candidates that were interviewed, if needed. The RFP process was closed on September 14, 2017.

The selected proposal went through Mayor and Council review and approval to execute a contract was issued on November 11, 2017.

The pilot project was set for one year, but it was expanded and extended for a second year. The contract allows for up to four one-year renewals. Ann Foss, Principal Planner of Office of Strategic Initiatives for Arlington participated in a SUMC webinar on Microtransit Public-Private Partnerships noted that Arlington, a growing city situated between Dallas and Fort Worth, never had a transit network beyond a single express bus. Previous tax initiatives to fund transit had failed.

Following in this summary is the process that the City of Arlington undertook, from issuing the RFP, to making the vendor selection, to ultimately contracting the service. In addition to fare revenue, the service is supported with funding from the city’s general budget, as well FTA 5307 formula funds.

The supporting downloadable materials in this analysis can serve as a reference point for other cities or transit agencies that would like to plan a mobility on demand (MOD) Public-Private Partnership (P3). They offer useful insights on what elements should be considered, from data performance and reporting requirements, to service performance guidelines.

The Demand Response Rideshare Service Request for Proposal was issued in August 2017.  It provided background on the project, requirements for submitting a proposal, description of the pilot service area, and an overview of current transportation services, as well as outlining the project objectives. 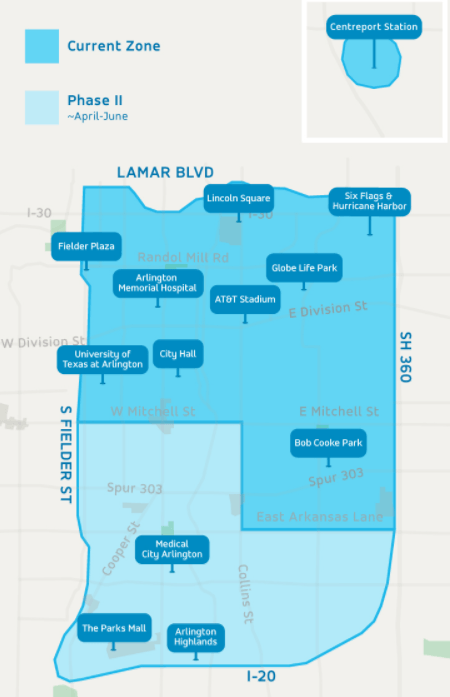 RFP Addendum 1   listed the vendor applicants’ questions and the City of Arlington’s responses.

RFP Addendum 2   updated the RFP schedule and Scope of Work, as well as providing a list of additional vendor applicant questions and the city’s responses.  The questions asked were detailed and provide insight into the details of planning a MOD project.

RFP Addendum 3  was shorter than the first two addenda as it was a reply that clarified the city’s position that while the RFP does allow for a traditional transportation network company (TNC) approach to the service—in which contracted drivers use their private vehicles—the City’s preference is to utilize a standardized fleet of vehicles to provide the service.

The City of Arlington issued a Staff Report & Vendor Announcement on November 7, 2017 as the City Manager authorized a contract for a demand response rideshare service with Via Transportation, Inc., for an estimated amount of $922,500.  There were a total of five vendors on the short list but “VIA was selected based on their thorough understanding of the desired rideshare service characteristics and their expertise in successfully providing similar flexible and scalable services in a variety of locations.”

The city entered into Demand Response Rideshare Contract – VIA Transportation, Inc. & City of Arlington, TX  on November 22, 2017.  The pilot was scheduled to launch on December 11, 2017 and shall operate for 12 months.

The contract is an important reference as it considers a number of key factors when entering into an MOD P3, such as:

Linked to in the summary above and also below are the supporting materials for this MOD pilot project:

Via reported in an August 2019 presentation that ridership has continued to expand through the operations, and also includes other data, including origin-destination maps, program participation, and the demographics of the participants.

As of the above-mentioned webinar in September 2019, the service provided over 240,000 rides for 24,000 unique accounts. Over 70% rides shared, with a 12‑minute average wait time .  The service maintains a customer satisfaction rating of around 97%.

City of Arlington and Via partnership, Arlington, Texas, 2017