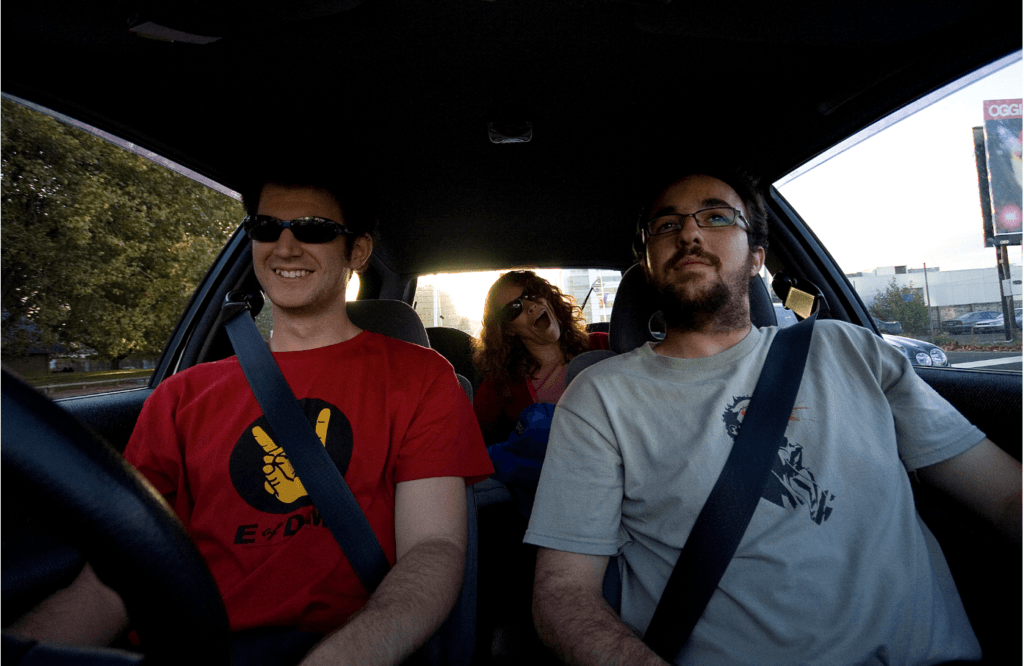 Carpooling, also known as ridesharing, is the grouping of drivers and passengers with common origins and/or destinations into common trips. Carpooling is the oldest form of ridesharing, and can reduce congestion, lower carbon dioxide emissions, and give communities more transportation options. However, the number of people carpooling in the US has decreased since the 1980s. New technology provides an opportunity to revive the practice, with carpooling apps aiming to connect drivers and riders in innovative ways.

Carpooling has existed since the dawn of the commute. In America, sharing rides to work first became popular during World War II, when the federal government and military encouraged citizens to carpool in order to save rubber and other resources. Workers have historically used a variety of tools to arrange shared rides. In the 1960s, employers took their employees’ information and hand-matched them by geographic area. Popularity again spiked in the 1970s during the oil crisis, due to the expense of gasoline and consciousness over energy conservation. However, starting in the 1980s, these gains were slowly lost as driving became less expensive and two-earner households became more common, making it harder to coordinate trips. In the 1990s and early 2000s, telephone- and Internet-based carpool matching were introduced by cities and municipalities with varying degrees of success. Carpooling apps are the latest technological innovation to be introduced to the sector, beginning with the widespread popularity of smartphones in the late 2000s (a company named Carma claims to be the first, starting in 2008). According to census data from 2013, 9.4 percent of Americans shared rides to work.

Apps like SPLT, Waze, and Scoop mark an evolution from the traditional model of carpooling. Through these apps, users can conveniently plan rides to and from work through their smartphones. Shared rides are formed and scheduled on an ad hoc basis, using GPS to match drivers and riders based on their routes and user preferences.

These apps aim to increase the share of carpoolers by offering a model that prioritizes convenience and usability. These apps differ slightly in their interfaces and operations, but in general, they ask users whether they want to be a passenger or driver, their work/home addresses, and the times they like to leave and return from work. Based on that information, drivers and passengers are then paired and connected through the app, after which users can accept or turn down matches. Some important aspects of these apps include:

These apps aim to create more sustainable, convenient commutes and connect riders and drivers who would not otherwise meet.

Generally, passengers pay a set amount through the app (usually based on mileage), which the driver then receives. Revenue streams differ from company to company. Some services are funded by companies who contract with them, while others take a portion of the payment; for instance, Scoop collects a $1 fee from the passenger’s payment and SPLT charges an annual fee to businesses and institutions who contract with them. Waze, a subsidiary of Google, does not currently charge for the service and is focused on building its user base before they begin to take a percentage of each transaction.

The new carpool apps also utilize different business strategies. Some, like SPLT, work on a “Business-to-Business” model and offer their services only to employers or municipalities who contract with them. This makes it more likely that the company will have a base density of users in a geographic area, which helps ensure customers have sufficient options when planning their commute. Others, like Waze, offer their services through a “Business-to-Consumer” model, which allows anyone to download and use the app. Scoop operates on a hybrid model, allowing anyone to download and use the app, but also contracting with specific businesses who want to offer carpooling as a benefit to employees.

The emergence of these apps has created hope that carpooling could regain popularity in America. In a few major U.S. cities, carpooling has experienced a small uptick in recent years and there is evidence that Generation Y is more receptive to the idea of sharing rides. Whether these trends are permanent or a temporary blip will be informative in the coming years as to the potential of carpooling apps to reform our daily commute.

The promise of private apps to promote carpooling has already been recognized by cities and municipalities across the country. Public policy can help support the adoption of carpooling in a variety of different ways – including:

Subsidize rides: In 2016, the cities of San Mateo and Foster City subsidized trips with Scoop in order to promote carpooling. Through their program, commuters paid $2 per ride during peak AM/PM hours. During the first few months of the program, both cities saw a dramatic increase in the number of carpool rides through the application.

In July 2017, San Mateo County launched its own $1 million, year-long carpooling program based off the model of these two cities. Within the first two months, the program saw a 60 percent increase in the number of Scoop carpool trips that started or ended in the county. While the program has ended, the city is still partnering with Scoop and Waze to offer new users discounts and free rides.

Currently, King County Metro (Seattle) is using a similar subsidization program in conjunction with a major highway closure, as part of its strategy to reduce anticipated congestion. The program is temporary, but officials will decide after the pilot period whether to extend and modify it to become a long-term initiative.

Ensure Convenience: In a pilot program funded by an Federal Transit Administration sandbox grant, Bay Area Rapid Transit (BART) guarantees customers who carpool with Scoop a parking spot at 17 of its stations. Finding parking at BART’s stations has been a long-standing challenge, with the lots filling up early each weekday. As a 2015 survey found that 99 percent of those who use the park-and-ride station drive alone, BART saw an opportunity to decrease the amount of traffic through carpooling. Under the program, users who use Scoop are reserved a parking spot in a special permit area until 10 a.m. on weekdays. Users can even pay for BART parking through the Scoop app.

Help Companies Promote Carpooling: Some apps, like SPLT, work with companies to increase the prevalence of carpooling. By working with employers, rideshare apps can have a built-in customer group that is being marketed to and incentivized to use the service.

Employers are a good place to grow carpooling as there are often numerous benefits for the employer as well as the community. These include less congested parking and a more connected workforce. Cities can work with companies to realize these benefits by helping the employers and rideshare companies to promote the practice. This could involve designing and distributing promotional materials for employee orientations or even helping employers shoulder the cost of subsidized rides.

If incentives don’t go far enough, policymakers can also use the law to help achieve a more sustainable transportation system. Since 1991, a Washington state law made it so that “major employers” (over 100 employees) are required to implement a plan to reduce the vehicle-miles traveled of their employees. Some of the recommended policies for these companies are carpooling incentives, including providing preferential or free parking for high-occupancy vehicles, instituting ride-matching services and subsidizing carpool trips. Partly through this program, Seattle has been able to make sure that the growth of their city didn’t equate to a growth in single-occupancy vehicle travel. 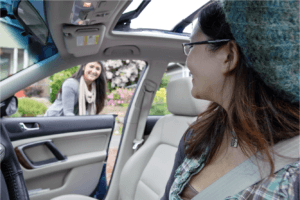 This is not the case in every city, however, as other metros like San Diego and Denver saw their carpooling numbers increase after they converted their HOV lanes to HOT lanes. One explanation is that more publicity for the HOT lanes and the advertisement of a concrete price that enables carpooler to calculate their savings helped to encourage carpoolers.

One of the biggest challenges for carpool matching services is achieving sufficient density of users. Apps have to build a large enough user base in order for these users to see quick pick-up times and a wide variety of commuting options. If it’s not convenient for riders or drivers to use the app, then they will find other ways to get to work.

The most common way that carpooling apps try to get around this issue is through promotions and partnerships. Companies like SPLT and Scoop partner with specific employers to expand their service, while other companies work with municipalities to reach their traffic, environmental and public health goals. Many of these partnerships feature incentives and special pricing for people to try out the app with the hopes that they will become regular users.

Currently, the density challenge is mainly being addressed by attracting new users to carpooling, but if the market becomes more saturated there will also be an issue of retaining customers. As several competing apps move into an area, the carpooling community could be split among different platforms and see fewer commuting options.

Waze received some complaints about its practice of pairing up drivers and riders without user input. The company has since instituted a star-system and allows users and drivers to pick their fellow passengers. SPLT uses a similar system in its app.

Carpooling’s popularity has risen and fallen in the past century in sync with different economic, social and demographic factors. Now, new technology hopes to resurrect the practice and help relieve traffic, clean our air and reduce our carbon footprint. While some startups have demonstrated initial success, there is yet to be a consensus on whether they will lead to a large transportation mode shift. Such a change will not only require cutting-edge technology, but also partnerships across the public and private sectors, to help consumers realize the numerous financial and social benefits of sharing their ride.