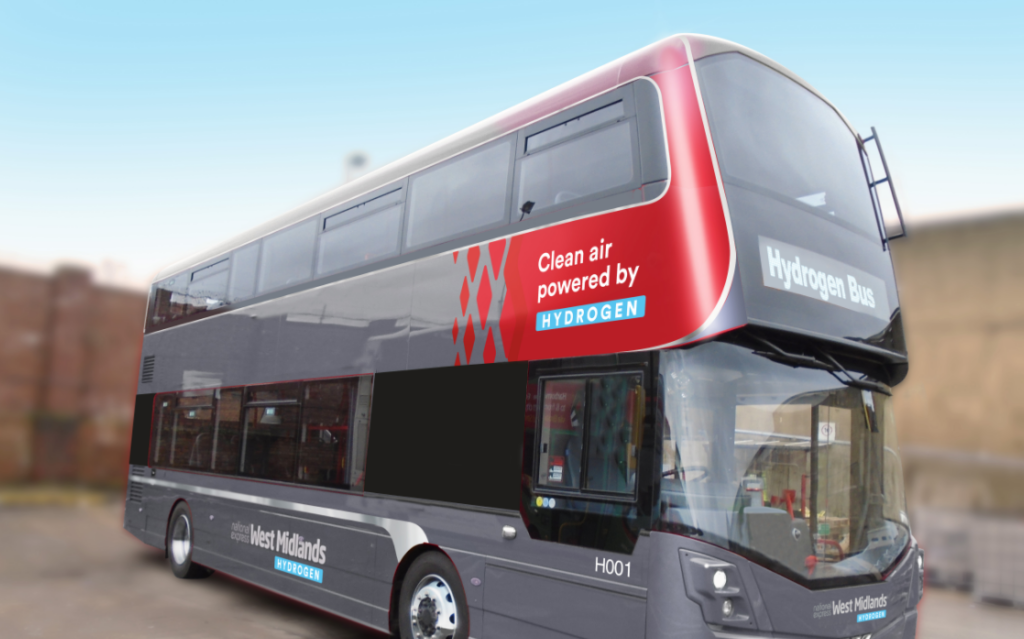 A picture of one of Birmingham’s new hydrogen buses. Credit: https://www.birmingham.gov.uk/news/article/727/hydrogen_buses_coming_to_birmingham_next_spring

Birmingham City Council in England recently purchased 20 new hydrogen double-decker buses as part of its Clean Air Hydrogen Bus Pilot. These buses, manufactured by Wrightbus and operated by National Express, are the world’s first zero-emission hydrogen fuel-cell double decker buses. Compared to diesel buses, these hydrogen buses consume four times less fuel, covering 300 miles on one tank, can refuel within 7-10 minutes and emit water vapor rather than any harmful gases. Each bus is expected to save up to 79.3 tons of carbon dioxide emissions per year. The fleet of buses will help the city towards its net zero carbon target while also showcasing the potential for a hydrogen economy with subsequent investments and tens of thousands of jobs. The buses are expected to run on a new Sprint route which will be the first uninterrupted cross-city route. The pilot will be monitored and reviewed to measure the viability of hydrogen buses. The hope is that the pilot will serve as a catalyst for the next generation of hydrogen bus production and refueling infrastructure development.