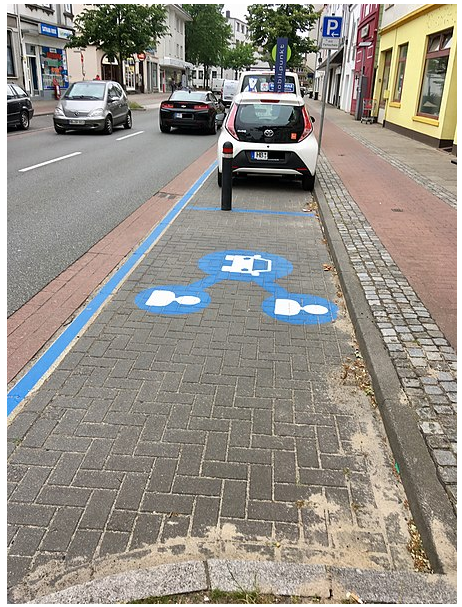 A car-share parking station at a Mobil.Punkt in Bremen, Germany. Credit: https://commons.wikimedia.org/wiki/File:Car-sharing_station_on_Woltmershauserstra%C3%9Fe_in_Bremen,_Germany.jpg

In 2017, the independent Berlin Institute Team Red conducted a study on the impact of car-sharing in the City of Bremen. Car-sharing was first introduced in Bremen in 1990 and has since developed into a professional, market-based service with cambio, Move About and Flinkster as the primary car-sharing providers. The report findings can be broken into six categories: User of Various Means of Transportation and Availability, Impacts of Car-Sharing, Consumer Behavior of the General Population and Car-Sharing Users, Current Car-Sharing Opportunities: User Priorities and Satisfaction, and an Overall Assessment. A few key findings of the study include:

The findings were used as evidence to support the continued expansion of car-sharing in Bremen with the goal of attracting new target groups. The report includes 10 recommendations for action to reach their goal of at least 20,000 car-sharing users in Bremen by 2020.