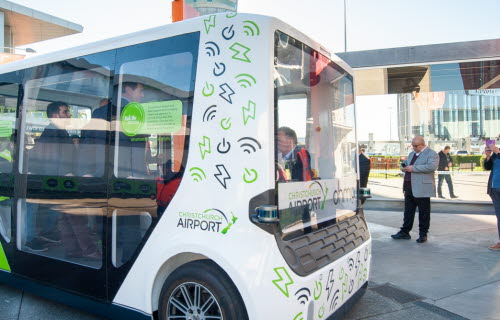 At Christchurch International airport in New Zealand, an electric-powered autonomous Navya 15-person shuttle began testing on private airport roads in 2017 as part of an AV trial.  The shuttle was on loan to the airport from technology company HMI T.

The second stage of testing began in June 2019 with the deployment of a locally designed and developed driverless Ohmio Smart Shuttle, which is programmed to operate on repetitious routes on the airport campus. The shuttle also can carry up to 15 passengers, and parts of it were 3D printed.