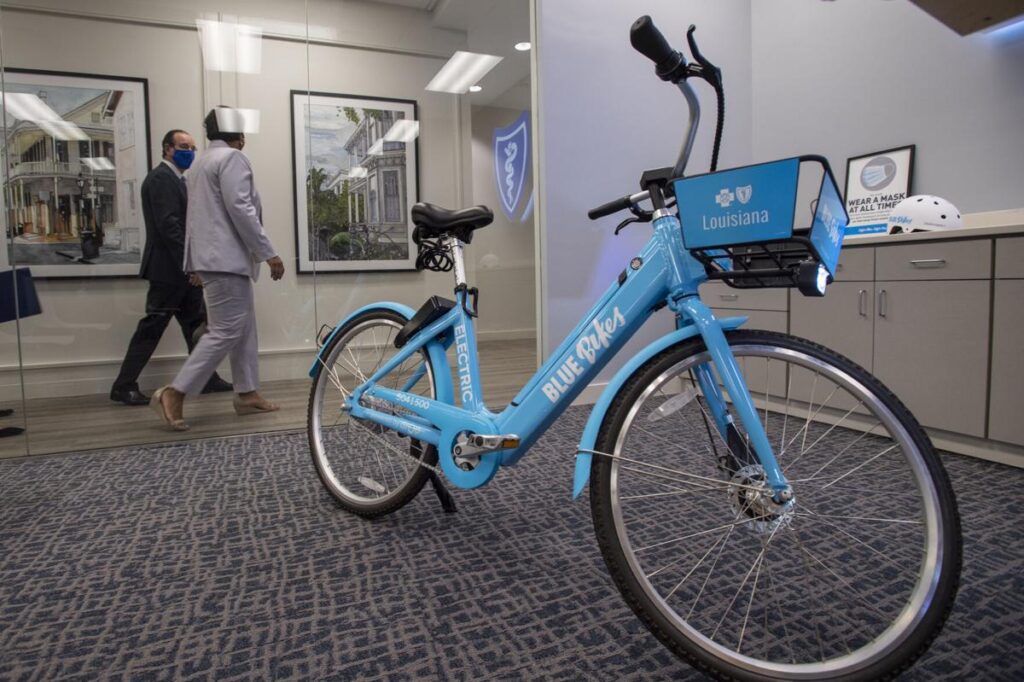 Blue Bikes is reopening with an initial fleet of 500 electric pedal-assisted bicycles. The bikeshare program shutdown in March 2020 when under the operation of Uber. Now, Blue Krewe, a non-profit organization, will operate Blue Bikes, with support from the Greater New Orleans Foundation, Blue Cross and Blue Shield of Louisiana, Bike Easy, and the City of New Orleans.

Blue Bikes will first reopen in the 7th Ward, the Bywater, the Central Business District, Central City, the French Quarter, the Lower Garden District, the lower section of City Park, the Marigny, Mid-City, and Tremé. As identified in the City of New Orleans’ Bicycle Equity Index, emphasis is being placed on locating bicycles in communities of concern. These communities of concern are neighborhoods with low-incomes or communities of color with low rates of car ownership.

Blue Bikes are dockless and can be borrowed by scanning a QR code on the bike through an app. Customers can pay to borrow the bicycles through a $25 monthly membership or through a pay-as-you-go rate of $1 plus $0.15 per minute. Certain low-income residents can enroll in Blue Bikes for All, a reduced-price plan offering enrollment at a rate of $4 per month. Monthly members can use Blue Bikes up to 60 minutes per day and pay $0.15 per minute if they borrow in excess of that time. Customers can park the bicycles at designated hubs, at no extra cost, or to other public bicycle racks at a cost of $2, given that the location is within the Blue Bikes service boundary. If parked outside of the service boundary, customers pay an out-of-system fee of $25.

With the return of Blue Bikes through a non-profit operating it, it appears that Blue Bikes is intended to play an integral, long-term role in the transportation system of New Orleans. As Blue Bikes becomes more established, it will be interesting to note how its fleet, services, and ridership evolve over time.