The Pierce Transit is planned to collaborate with a rideshare partner, Pierce College Puyallup, and Sound Transit, for the pilot program, Limited Access Connections. The pilot program is comprised of a three-pronged approach of (i) first/last mile solution in and between traditional zones, (ii) guaranteed rides home, and (iii) rides to Park-and-Ride to reduce parking demand. The program is planned to extend service hours and provide access to transit for riders who have limited transit options. This pilot program is one of FTA’s MOD Sandbox 1.0 program.

The transit agencies and Pierce College Puyallup partnered with Lyft, and launched on May 15, 2018. Pierce Transit has wayfinding signs at the station, and did an extensive outreach campaign to residents and regular commuters when it launched in the previous months. the  Users enter a code into their app (call-in concierge service is available for wheelchair accessible vehicles and non-smartphone users, too) and if they are in one of the qualifying zones during service times (the college service is for late night trips), they receive free fare, as described below. The service area map, the table below, the wayfinding signs, and the promotional videos are all shown on the Limited Access Connections website.

The zones were extended, and the pilot was recently extended to at least December 2019.

For more information see the FTA Mobility On Demand Sandbox.

Contributed through a partnership between the Shared-Use Mobility Center, ITS America and the Federal Transit Administration’s Mobility on Demand Program. 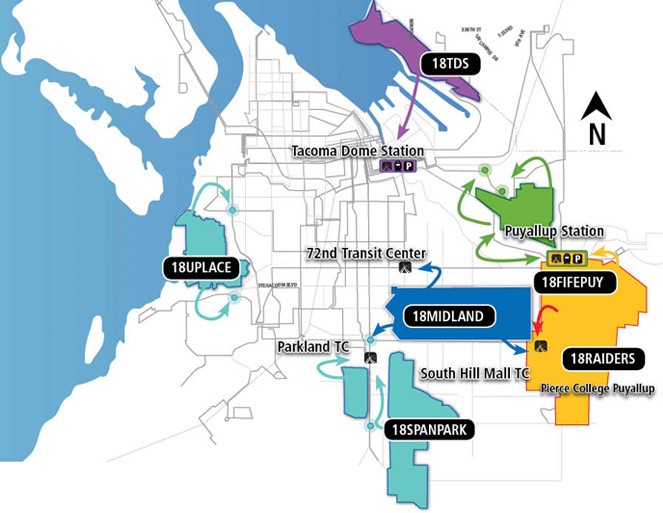