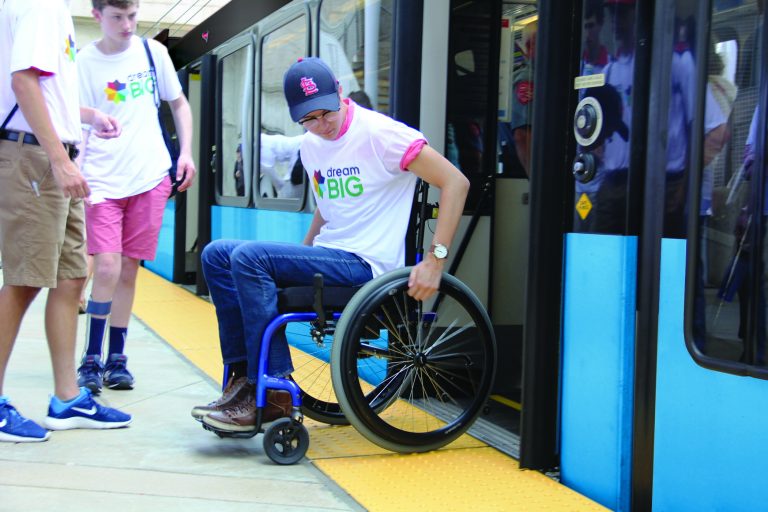 Metro Transit, a bus and light rail agency for the St. Louis Metropolitan Area, is launching On The Way With ADA, a pilot that offers fare-free transit to people with disabilities. On The Way With ADA will last from June 21 to December 17, 2021. Eligible customers can participate in the pilot after receiving a preloaded fare card that they can tap to a farebox when entering a transit vehicle. These fare cards are distributed to all current ADA (Americans with Disabilities Act) paratransit customers. People with disabilities who are not enrolled in Metro Transit’s paratransit program can request a card by contacting the agency’s ADA Services office. All Metro Transit vehicles are ADA accessible.

This pilot can play an important role in encouraging members of the public to begin using transit as COVID-19 subsides across the United States. Moreover, this pilot will be helpful in making fixed-route transit more accessible for people with disabilities. While transit agencies have ADA-accessible features in many of their vehicles and stations, this program will incentivize people with disabilities to use the St. Louis bus and light rail system, especially in instances where it might be more efficient than paratransit or other modes of transportation.