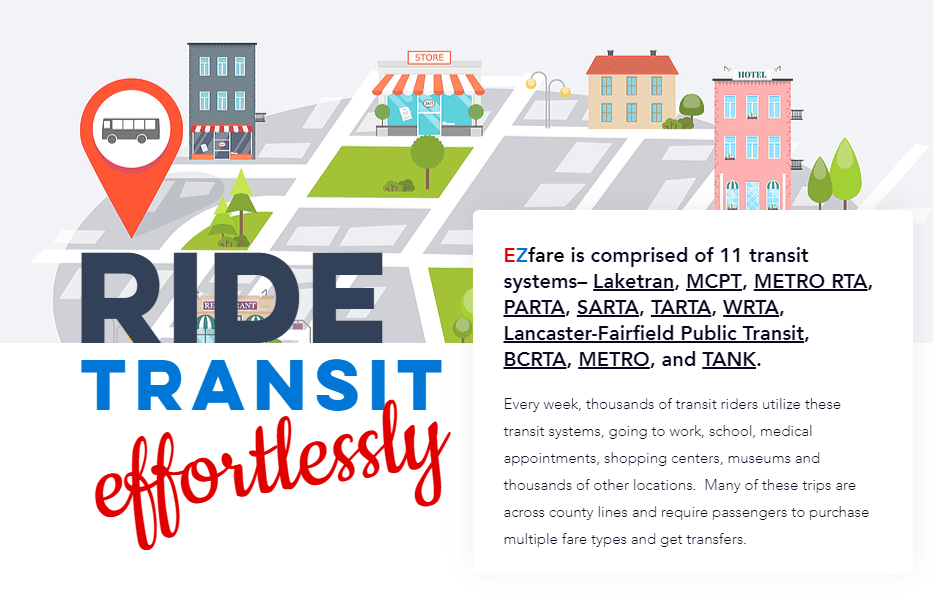 In June 2019, NEORide (a regional council of governments consisting of thirteen transit agencies in northeast Ohio and Kentucky) launched “EZfare”, an app that allows travelers to plan trips and purchase tickets for rides on the participating agencies. The aim of this initiative was to create an easy-to-use, one-stop-shop for riders, thereby increasing transit usage region-wide.

After releasing an RFP, the consortium selected Masabi to develop the cashless mobile platform. The communities served by the participating transit agencies range from rural Lancaster, OH to urban Toledo, OH, and additional transit agencies may be incorporated into the app in the coming months, including in Michigan.

Initial feedback since the soft launch in June has been positive and the EZfare app officially launched in October 2019.

As an additional reference, the RFP, Contract, Contract Addendas, and the NEORide By-Laws are available for download. Both Addenda contain adjustments to a few of the terms, but also notable changes. Contract Addendum 1 updated the the indemnity and reporting clauses, and replaced Annex 2 with a new payment schedule. The second addendum, marked Addendum 3, allows third party apps, such as Uber, to offer public transit fares within their apps, through Masabi.