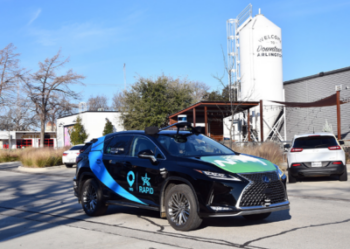 RAPID, an autonomous vehicle (AV) rideshare pilot serving downtown Arlington and the University of Texas at Arlington (UTA), has received funding to operate for two more years. Since March 2021, the City of Arlington has used an Integrated Mobility Innovation (IMI) grant of about $1.7 million from the Federal Transit Administration (FTA) to support the RAPID pilot. Over the next two years, the North Central Texas Council of Governments will fund RAPID in place of FTA. The City of Arlington is extending partnerships with May Mobility and Via to operate RAPID. RAPID also serves as an extension of a citywide on-demand microtransit program.

Slight changes in operations are occurring due to this new funding cycle. Previously, RAPID operated from 8 AM to 8 PM, Monday through Friday. Now, RAPID runs from just 12 PM to 6 PM during the workweek. UTA students will also receive a $1 discount off a standard RAPID fare; during the IMI pilot, rides for students were fare-free. The City of Arlington also hopes to add hybrid Toyota Sienna vans to the RAPID fleet and eventually remove human operators from the vehicles, making rides completely autonomous.