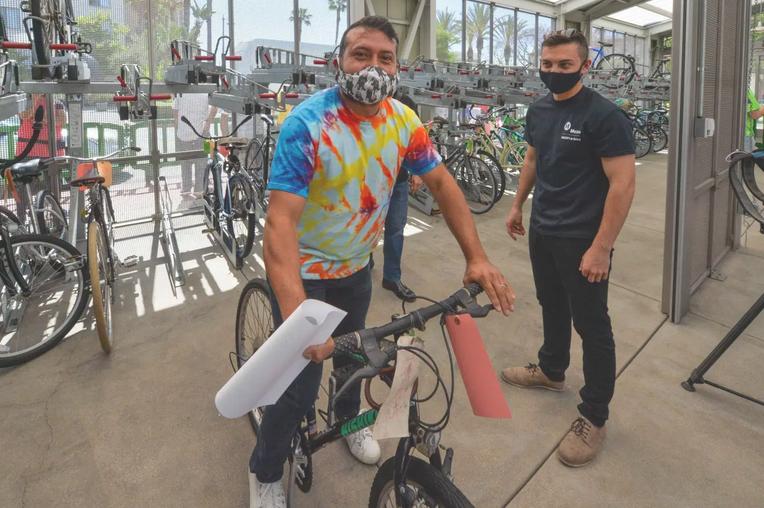 The Los Angeles County Metropolitan Authority (LA Metro) has announced a new Adopt-a-Bike program, where residents are given previously owned bicycles that LA Metro has claimed. Leading into the start of this program, LA Metro would collect hundreds of bicycles per month that were abandoned at their facilities on their bus and rail systems. As required by state law, LA Metro is required to hold these bicycles at their Lost & Found Office for 90 days. During this time window, less than 25 percent of bicycles have been reclaimed by their owners. Before the start of Adopt-a-Bike, LA Metro would auction off the bicycles to members of the public. Seeing that the auction approach was inaccessible for people who could not afford to purchase a bicycle, LA Metro changed their approach to giving away the bicycles instead. Through a competitive process, LA Metro selected six community based organizations to hold bicycle distribution events throughout the program’s pilot year:

For many lower-income communities, access to bicycles, whether through bikeshare or personal ownership, are an important means to achieving mobility. While bikeshare programs are important in promoting shared mobility in communities, giving bicycles directly to people in need can also be an important part of advancing active transportation. This Adopt-a-Bike program has the potential to positively impact bicycle culture in the Los Angeles area as it is sponsored by one of the largest transit agencies in the United States.