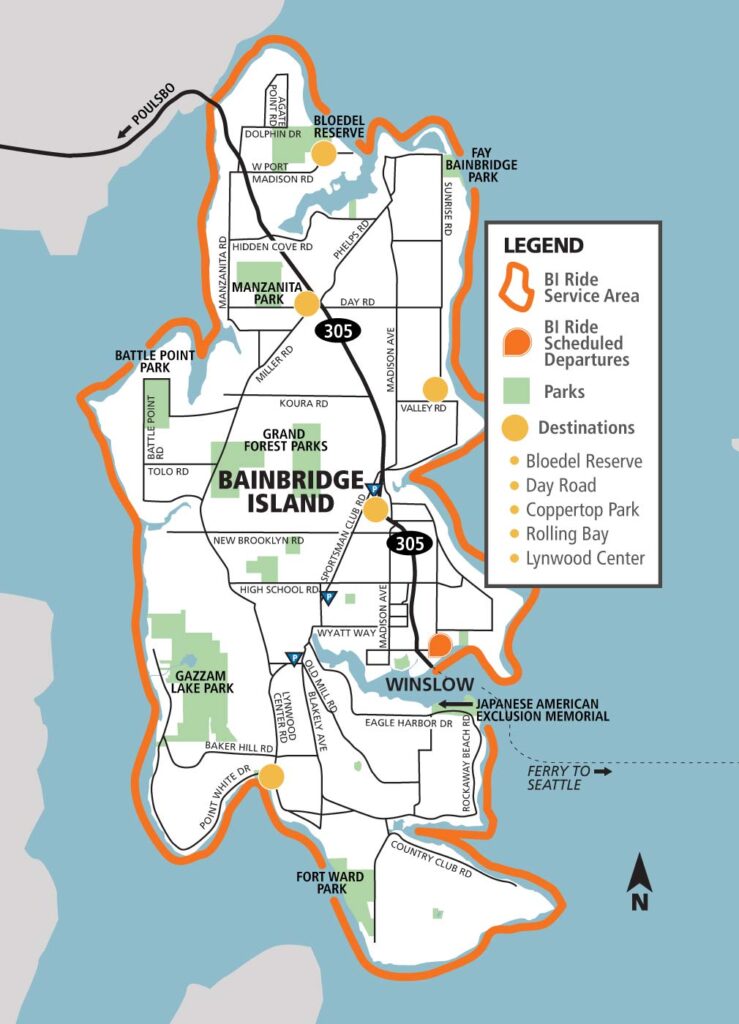 Customers can still request trips on BI Ride through the above options. Now, the Ride Pingo app gives customers a third means of ride requests, with the intent of making the service more user friendly. A single trip on BI Ride costs $2, the same as a ride on a Kitsap Transit fixed-route bus, and can be paid in cash, by ORCA card, or through the Ride Pingo app. BI Ride operates from 8:45 AM to 3:30 PM during the work week and from 9 AM to 6 PM on Saturdays. BI Ride originates at the Bainbridge Ferry Terminal seven times a day during the work week and at eight separate times every Saturday. The Ride Pingo app is developed by The Routing Company.

The City of Bainbridge Island sees BI Ride as an integral part of its Climate Action Plan, which sets a goal of reducing greenhouse gas emissions to only 10 percent of 2014 levels by 2045. While BI Ride has played a significant role in Bainbridge Island’s transportation landscape for over a decade, its newfound discoverability through the Ride Pingo app could attract new customers, by increasing its ridership and reducing vehicle miles traveled in the community. Overtime, it will be important to evaluate if the community’s use of the Ride Pingo app makes a robust change in BI Ride’s use.