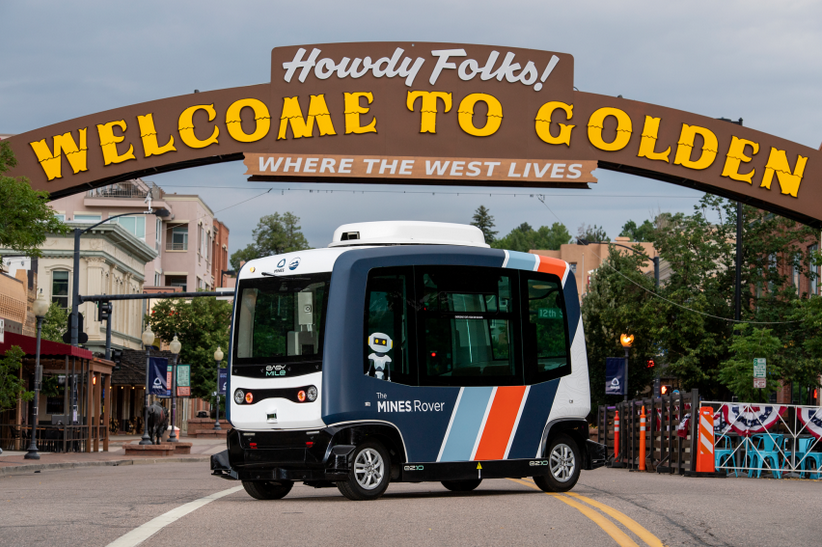 The Colorado School of Mines has started operating the Mines Rover, an electric, fare-free autonomous shuttle program serving the university’s campus and the City of Golden’s downtown area. The Mines Rover has a fleet of nine EasyMile EZ10 shuttles which can seat six passengers and move at a speed of up to 12 miles per hour. Every vehicle is also equipped with a ramp to accommodate people on wheelchairs. A customer service ambassador serves as an attendant on the shuttle when in operation. The ambassador can take over manual control of the vehicle when necessary. Currently, the Mines Rover runs on three fixed routes from 7:30 AM to 4:30 PM during the work week. Vehicles are scheduled to arrive at each stop every five to ten minutes.

This is the first of three autonomous vehicle deployments hosted by Autonomous Vehicles Colorado (AvCo). AvCo will soon deploy seven more shuttles in Greenwood Village and Colorado Springs. All three deployments will operate on routes between one and four miles long. When the third deployment begins, AvCo will be operating the largest fleet of autonomous shuttles in the United States. If successful, this pilot can demonstrate how autonomous vehicles are valuable for public transit operations more broadly.